Reflecting on Chicago's Past, Looking to Chicago's Future 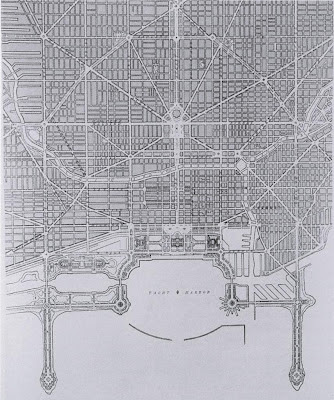 Many years ago, architect Daniel Burnham built the City of Chicago.  Well, not personally, maybe—but we Chicagoans owe much to him nonetheless.  Having designed the city’s structural backbone, Burnham fashioned Chicago from a Midwestern locale to a true Metropolis, with a unique identity.  His hand quite literally drew Chicago up from the ashes of the Great Fire of 1871, officially commemorating its rebuilding from the fire by designing the magnificent White City of the World’s Columbian Exposition of 1893.  He truly lived by his words to “Make no small plans,” and he certainly set some big plans in motion for Chicago with these words in mind.

More than 100 years later, we are still attempting to truly realize (in both senses of the word--of understanding and implementing) this plea for our city.  Mayor Emmanuel’s 2012 Chicago Cultural Plan, recently drafted after months of hype, strives to continue in Burnham’s tradition.  It is long—some 67 pages of ideas and suggestions for the cultural betterment of the city.  The Emanuel camp also made an effort to be inclusive with residential Chicagoans, which opens nicely with pictures of Chicagoans who participated in the town forums held by the cultural committee.  The ideas and suggestions presented by these people are engaged by the Cultural Plan, positives:  engagement of "residents" looks pretty good--and sounds believable.  The opening pages displaying the pictures of participants and their thoughts, ideas and questions looks promising in terms of a co-commitment to cultural change.  It makes it seem as though they pursued all forums, rather than just the consulting firm Lord Cultural Resources, the go-to International (Canadian) firm for generating hype and cultural capital. And the draft ghost stamped on all of the pages serves as an invitation to all to digest this and change it as they wish during the new town hall meetings, to contribute to the final version.  With a little vivacity from cultural team leader Michelle Boone, and a little conviction, this could work.

But let's hope the final draft has more direction than what is given here.  If these are to be our blueprints, how will we know where to start, with such vague "directions"?  Conviction would be favorable with these plans rather than the length presented as a substitute for commitment.  Sure, these plans are lengthy, but are they BIG, as Burnham suggests? Are they truly sweeps of change, or are they just small plans within a “big” shell?  Otherwise, without proper direction, the Plan could easily come off as feeling a little hackneyed—not unlike a brochure for buyers and investors, rather than a commitment to Chicagoans for the betterment of the city.

In the "methodology" section (page 21), they refer to blueprints and building culture in this city from the bottom up...but this city doesn't need that.  We already have in place very beautiful and historically significant blueprints.  In 1909 Burnham released his Plan for the City of Chicago, to which we owe thanks for a central vein into the city (Congress Parkway), as well as the parks, beaches and harbors along the lakefront.  Beyond Burnham’s architectural contributions, these feats also carried social connotations, which are visually explained in his designs.  Notice the radiation, the symmetry, the movement implied in his designs of the streets and layout of the city.  This idea of symmetry was not merely geographical, but culturally intended.  It implies a shared cultural experience of the physical space—equality, among all peoples, races, classes.  These balanced designs were particularly impactful given the large influx of immigrants to the city at the time.  He did not reserve specific spaces for specific ethnic groups, as the city has tended toward in its growth since Burnham’s time.  He would not be content with the way that this incredibly segregated city has turned out in that area.  Note that his plans do not allocate a North Side and South Side; he does not designate Chicago’s present neighborhood factions.

As Chicago looks to the future, it needs also consider its past.  Now that the dust from Burnham's original plans for our city have settled and the air has become stagnant, Chicago needs to reassume these designs and physically, culturally and socially put them in place once again.  We can build our city around Burnham’s idea: symmetry, equality, shared space. Burnham’s idea of our city as a “Paris on the Prairie” was not merely physical, but cultural as well. His oft-quoted command to “Make no small plans” was clearly meant for Chicago.

As another year begins, this idea of the Burnham Plan continues to influence Chicago.  Just last week, the Chicago Architecture Biennial ended, along with the 2015 Burnham Prize Exhibition. This celebration from the Chicago Architecture Foundation posed the question, "what is the state of the art of architecture today?," while inviting participants to exemplify "how groundbreaking advances in architectural design are tackling the most pressing issues of today."
As we've noted in the past, Burnham is an easy figure for we Chicagoans to consider when trying to address our pressing issues. But the emergent theme in recent years is that Burnham keeps getting used as a decoy. Burnham's 1909 Plan is still so bright and shiny and we are dazzled by the ideas. But we keep avoiding the hard work, and continue to make small plans.
As a city, we mistake the ideas and ideals presented in this Plan for being too dreamlike and unattainable. Rather, Burnham's visions were tender and ordinary, and arose from a true sense of practical need.  At a time when economic interest and the public good need unification the most, we can only hope but act on this design that continues to inspire us.

Posted by Museum Explorer at 5:05 AM No comments: